We have a strategic interest in churches that are no longer needed for worship, and are actively developing expertise in affordable residential conversion.

Czero’s conversion of the Welsh Baptist Chapel into 87 one bed apartments for students was an extreme example of what can be done, and many lessons were learned from that project. Ideally buildings are taken on before they start to deteriorate, let alone fall into ruin, and Czero currently has another church under offer where the proposal is a conversion of just 10 residential units.

Simon Linford brings the experience of having dealt with the purchase of churches closed for worship, having bought both St John’s Hanley and St Luke’s Blakenhall from the Church Commissioners (both Grade II*), bring them back into use and taking them off Heritage at Risk Registers. 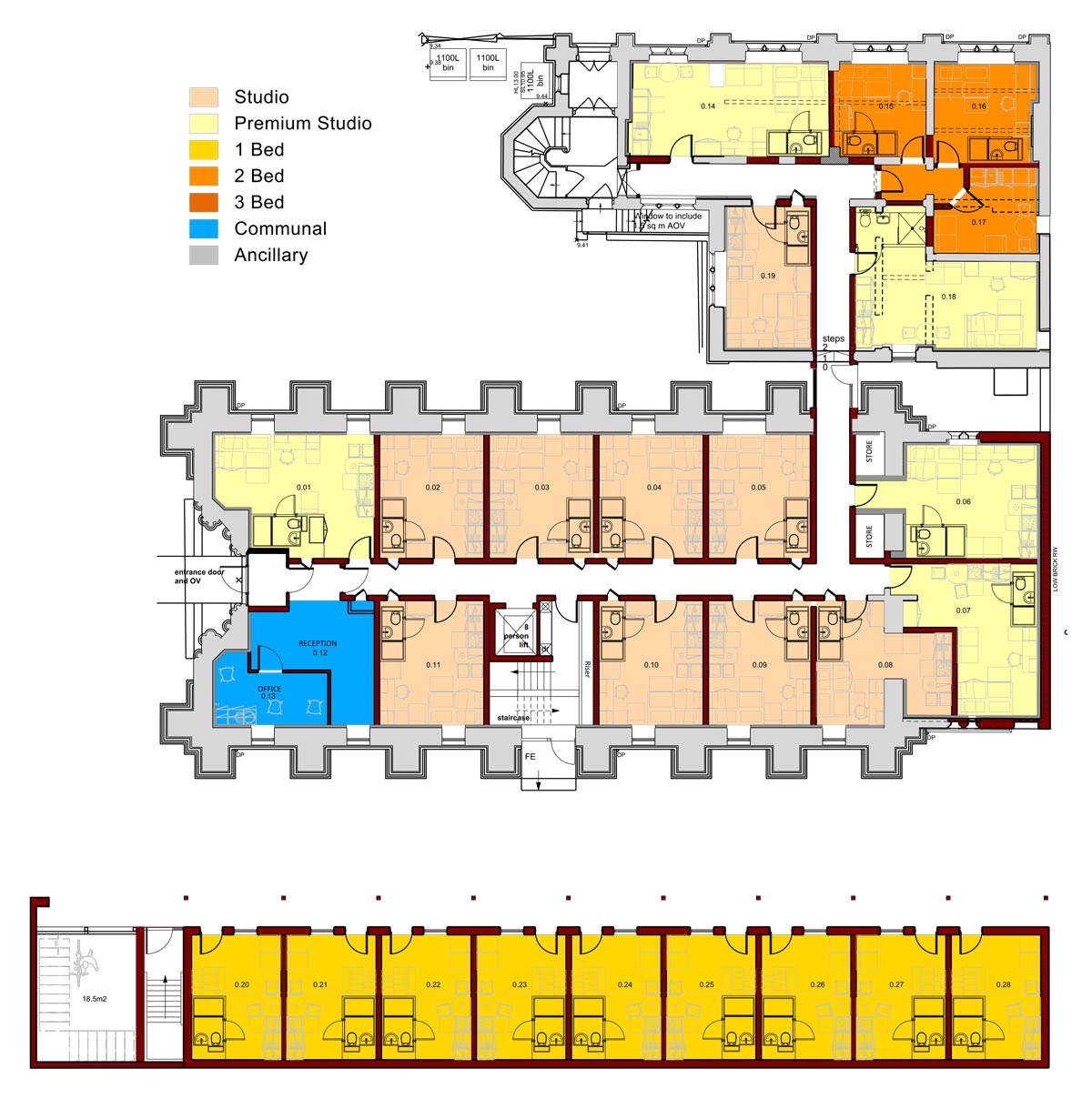 The creation of ‘The Chapel’ for Empiric Student Property was Czero’s first large historic building project. 87 student apartments and leisure facilities were built into and underneath this Grade II* listed building, in an award-winning and audacious project that was Empiric’s flagship scheme until Czero’s next project eclipsed even this!

The Chapel was a derelict, roofless shell, whose only redeeming feature was location – less than a mile south of Manchester City Centre, opposite the university. The initial phase of the project to save the Chapel was a joint venture with Derek Latham and Mike Copestake in a partnership ‘Church Converts’. After much negotiation with Historic England, planning and listed building consents were obtained in 2014.

The project was then taken forward by Czero on a forward funded basis to Empiric. A modern steel framed building was put inside the listed shell with a new roof matching the original profiles. Traditional masonry skills continued to the outside while a highly complex building was created inside. The graveyard was emptied and an underground leisure complex built in its place.

The main contractor was HH Smith or Bury, and the project architect was Buttress. 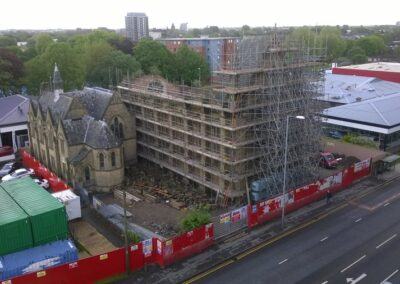 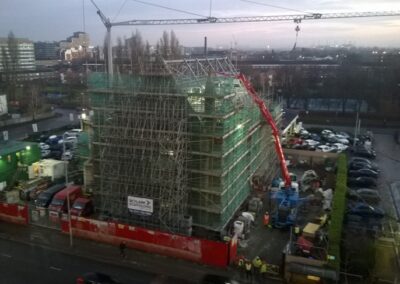 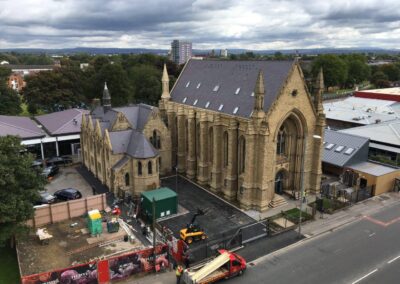 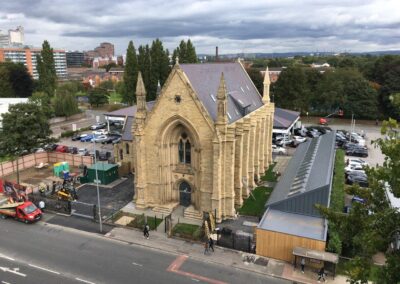 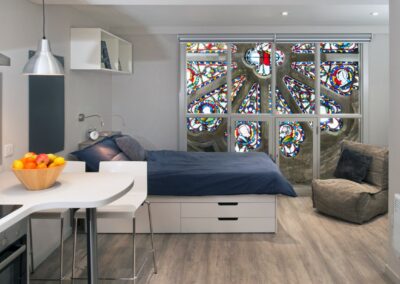 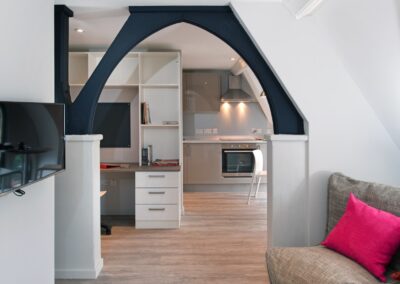 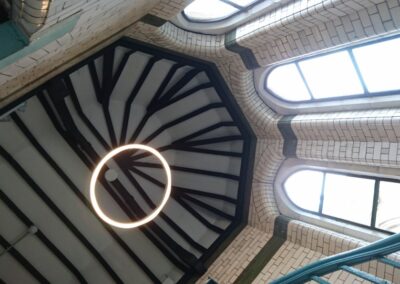 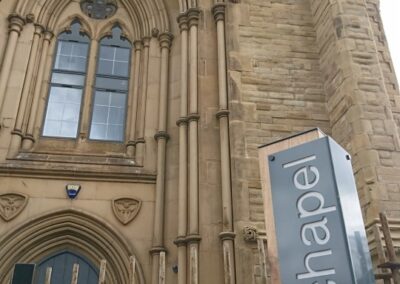